Daffodils this Spring – my mistakes

This year my daffodils have been a big disappointment.  I have always planted a mixture of early, mid and late daffodils every year I’ve been gardening and have always had a wonderful display of yellow, reds, pinks and whites from February to May.

This year they have been hopeless.  It looks like the varieties I chose for their delicacy and natural look have turned out to be tiny, spindly, weedy, short and floppy and to top it all, the pigeons have eaten the flowers of most of them.  Some blooms only lasted ten days or so before going soggy and brown. 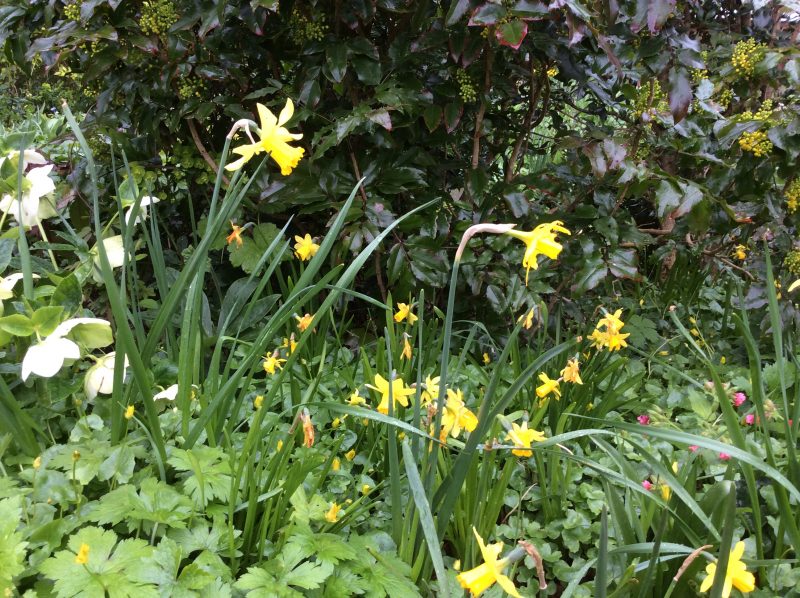 Daffodils in the border

Now I have deadheaded the eaten ones I have hardly anything left and it’s only March 23rd. 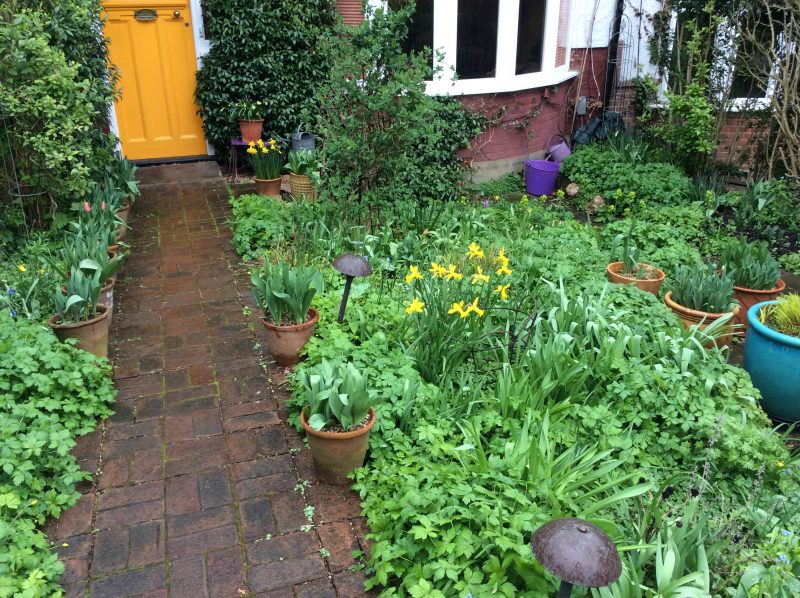 Daffodils in the front garden

When I pulled some of them up to see what had happened I found they lifted out far too easily and the bulbs were no bigger than maltesers. Very strange.  It’s as though the bulbs have shrunk in size since I planted them.  The thought does occur to me that in amongst the spindly daffodils I may well have pulled up something else entirely – with a tiny bulb that I can’t remember planting.

The ones I planted in pots have done better although I see I have planted varieties in the left hand pot that are tiny and hardly worth waiting for. 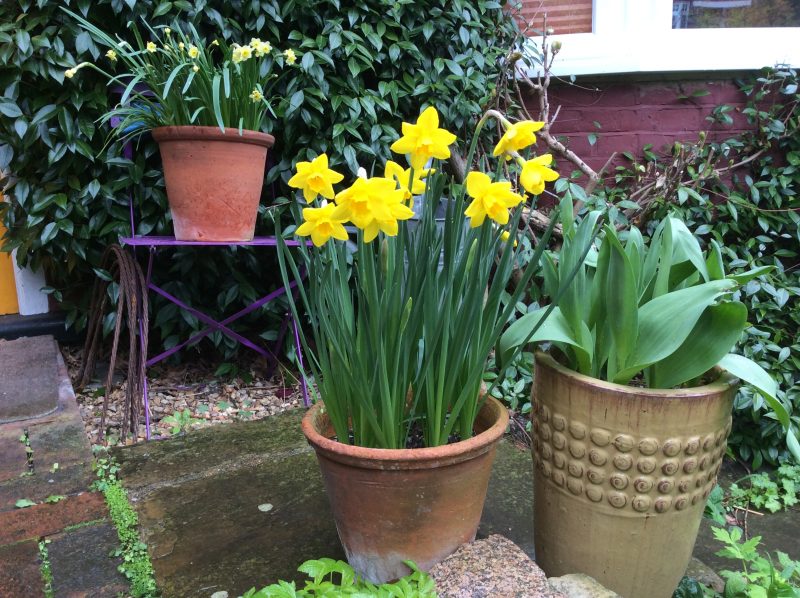 Daffodils in a terracotta pot

Here are some pictures from previous years: 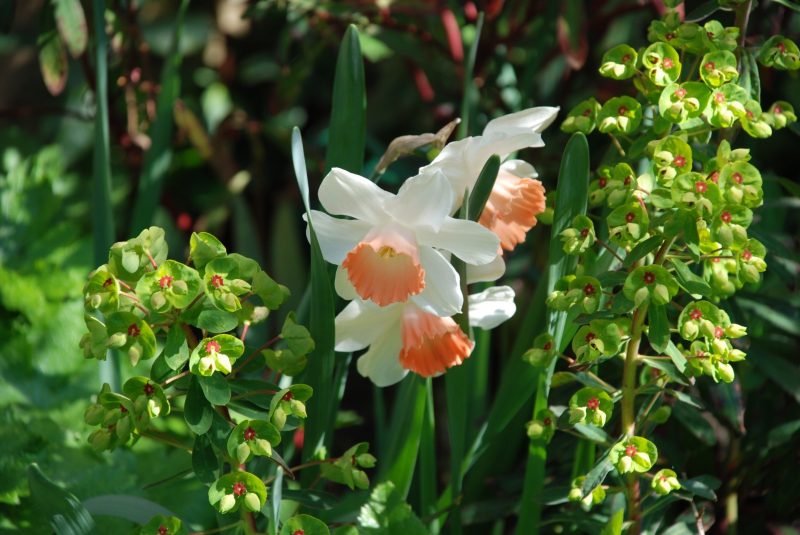 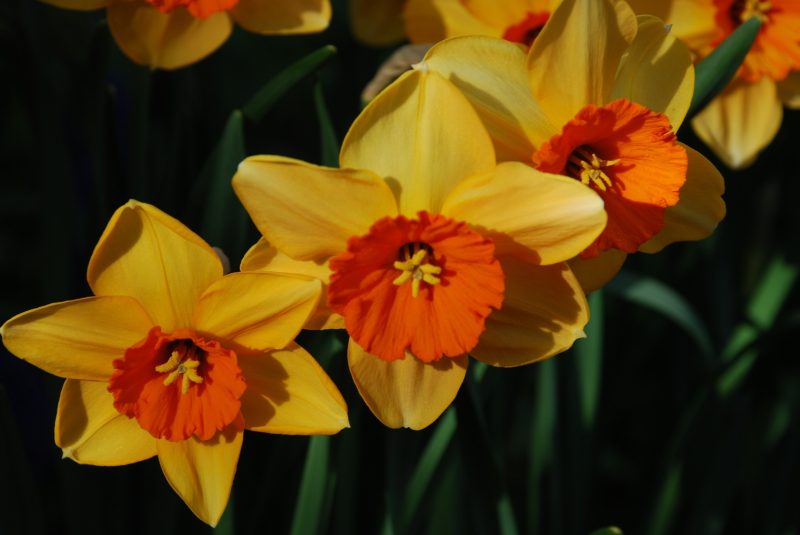 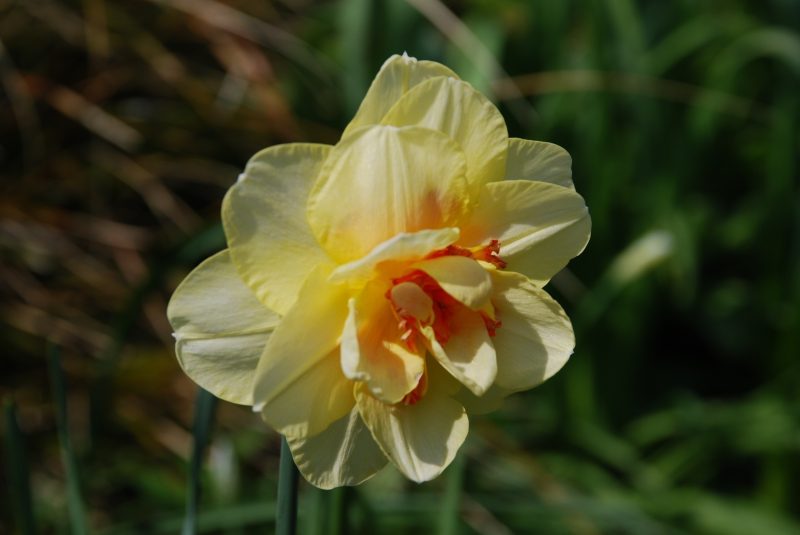 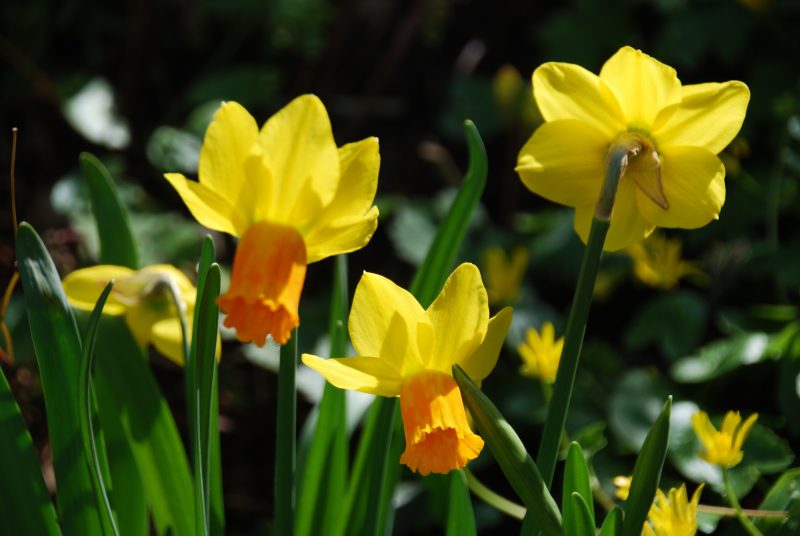 What’s different?  Looking back in my garden diaries I can see that I used to plant the newer exciting varieties from specialist catalogues which had tall thick stems, wonderful scent and provided colour for months although the leaves did take forever to die down naturally and took up a lot of space.  I must have decided to change to varieties which you didn’t notice once they were over.

I had read rather too much of my hero Dan Pearson and instead of bright new varieties I went for the species narcissus and the tiny native ones for the “natural” look – itsy bitsy teeny weeny yellow polka dot narcissus which are now languishing in my borders being eaten and flattened by a light shower.

So I am now, in March, thinking ahead to what daffodils I will plant in October for next Spring. I will abandon the natural look of the early native ones. I will go instead for the tough highly bred colourful ones with stalks like tent poles and leaves that take months to die down but at least I can pick them for the house and enjoy them.

Varieties I’ve had in the past include:-  Avalanche, Geranium, Martinette, Scarlet Gem, Mondragon, Raosado, Tahiti, Chanterelle, Pink Charm, Falconet, Cragford, Exotic Beauty, Ambergate, Precocious, Bridal Crown; the list goes on and can be found at bulbs.co.uk, the website for Johnny Walker bulbs.

Dan Pearson is still my guide to all things beautiful in gardening but I have to face the fact that our gardens are very different.  His blog at digdelve.com is the loveliest gardening blog there is.  He writes “Choose what you love and grow it as well as you can”.  I can’t argue with that. 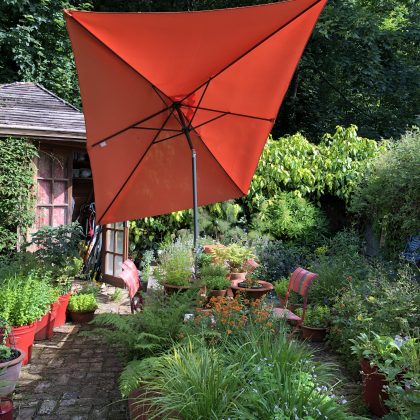 How to use colour in the cottage garden style

How to have colour in the cottage garden style town garden without it being too much work for one person to manage.  Well I would… 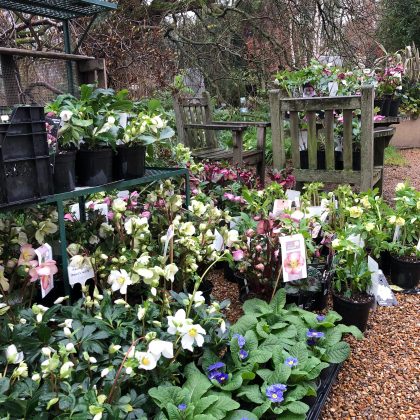 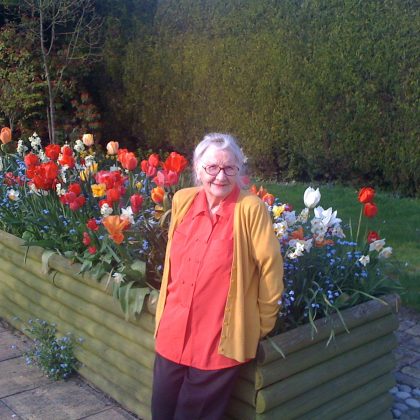 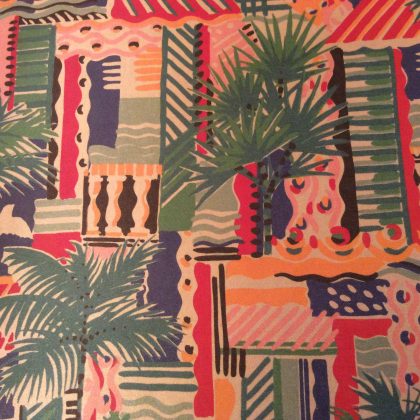 I’ve turned my “dump all unwanted items” she

Annual washing of the bricks in back garden. Very

The back gate. From before to after. Sometimes dra

Most of old apple tree fell down today. Great pity

When you plant an evergreen ivy be prepared for it

Quoted in @the_middlesized_garden_blog saying I ne

After some rain @londoncottagegarden.com Gosh what

Woodpecker just outside the window. Comes all the

The back garden today

Have I killed or nearly killed this thyme - only a

For anyone who saw my blog on lifting daffodils, c

The last tulips for this year. Decided to pick the